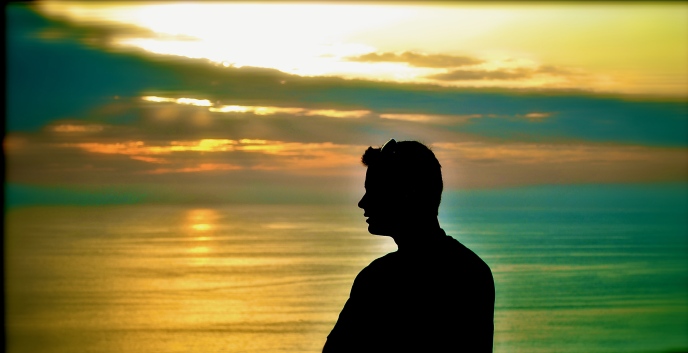 “A silhouette is the image of a person, an object or scene represented as a solid shape of a single color, usually black, its edges matching the outline of the subject. The interior of a silhouette is basically featureless, and the whole is typically presented on a light background, usually white, or none at all. The silhouette differs from an outline which depicts the edge of an object in a linear form, while a silhouette appears as a solid shape. Silhouette images may be created in any visual artistic media.[1]

Cutting portraits, generally in profile, from black card became popular in the mid-18th century, though the term “silhouette” was seldom used until the early decades of the 19th century, and the tradition has continued under this name into the 21st century. From its original graphic meaning, the term “silhouette” has been extended to describe the sight or representation of a person, object or scene that is backlit, and appears dark against a lighter background. Anything that appears this way, for example, a figure standing backlit in a doorway, may be described as “in silhouette”. Because a silhouette emphasises the outline, the word has also been used in the fields of fashion and fitness to describe the shape of a person’s body or the shape created by wearing clothing of a particular style or period.”

One thought on “Silhouette and Sunset”