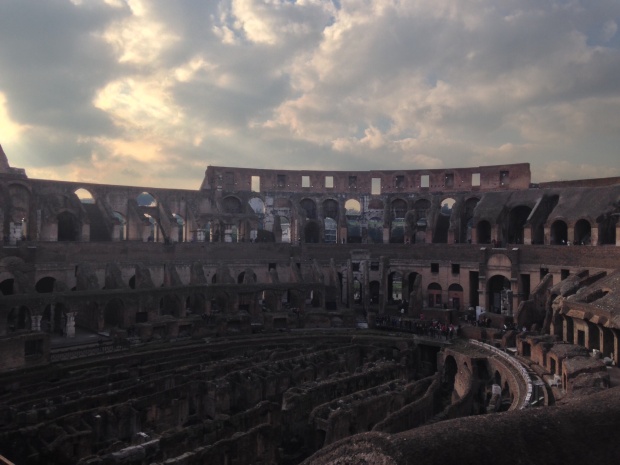 During my stay here in Paris, I spent a lot of time reminiscing about my life in Sicily. My greatest wish I had while living on the island was to travel throughout the  country and spend time in Rome, Tuscany, Milan and the Almalfi coast. So on a whim a couple of weeks ago, I decided on a three-day mini trip to Rome. I took in the spectacular bath houses of Carcalla, listened to the imaginative roars the Roman Colosseum, and felt the turquoise mist off of the Trevi fountain. I climbed the Spanish steps two at a time and wandered through the Palatines where all of Rome began. These impressive archaeological sites deeply affected me and I’ll share more with you on my next post. 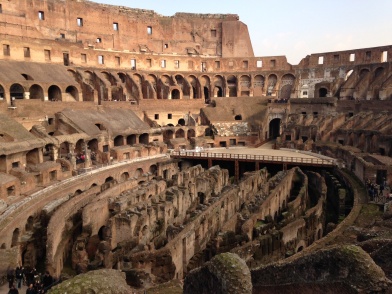 I was only able to absorb the richness of the Italian heritage through memory because my iPhone continued to lose its battery by the end of the day. But that’s really the whole point, isn’t it.  To take life in, absorb the richness of what history offers and keep those memories in your heart than capturing the experience through a camera lens. I need to remember this, as I tend to focus on my perpetual need to the capture moments through photographs. (Or in this case, through my iPhone. Hah!)

My experiences within the walls of the Roman Colosseum were oddly  felt with the fears of a gladiator but with the courage of an animal! I imagined the events which engrossed so much of this period where brutality was at it highest form as regular entertainment.  It was far beyond what I could truly comprehend. The challenges that both men and animals had to contend with gilded me with such angst that I felt guilty for wanting to tour such a historical site which held terror and excitement. Everyone knows the events which took place here. There is no need in my providing a historical account for all of you to read as Google and schooling does its fair share.  Would I revisit the Roman Colosseum? NO. I’ve been there, done that and as I write this, goosebumps pierce through my skin like the memory of all those ill-fated.