Voila! Another beautiful Saturday has passed Paris, but Paris will never pass up a beautiful a day in France.

For a nominal fee, head to the top!

Here at the Arc de Triomphe, is where the old Paris links with new Paris. One of France’s popular monuments is at the end of one of the worlds most famous boulevards, Champs- Élysées. An artist named Blouet, completed the monument and was given the  honor of inscribing the message, “This monument which was begun in 1806 to honor the great army, was left unfinished for many years, was continued in 1823 with a new purpose, and was completed in 1836 in the reign of King Louis-Philippe I who dedicated it to the glory of France’s armed forces. G. A. Blouet, architect.” Those words scribed on the stone and sums up the meaning behind the monuments purpose. Also, its statue honors those who perished while fighting in the French Revolutionary & Napoleonic Wars. The Arc de Triomphe symbolically towers between France’s old and new divisions lines, with arches representing unity for all. Hence, where the old Paris meets the new. This is Arc de Triomphe! 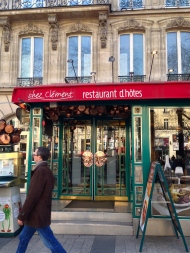 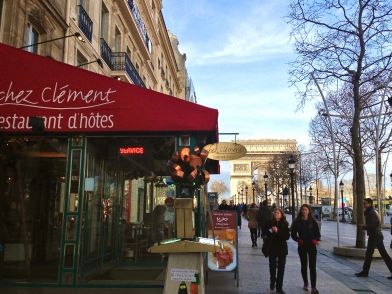 The other side leads to the Tulleries.

I didn’t expect this place to be 2 stories!

I expect to be close to other patrons. 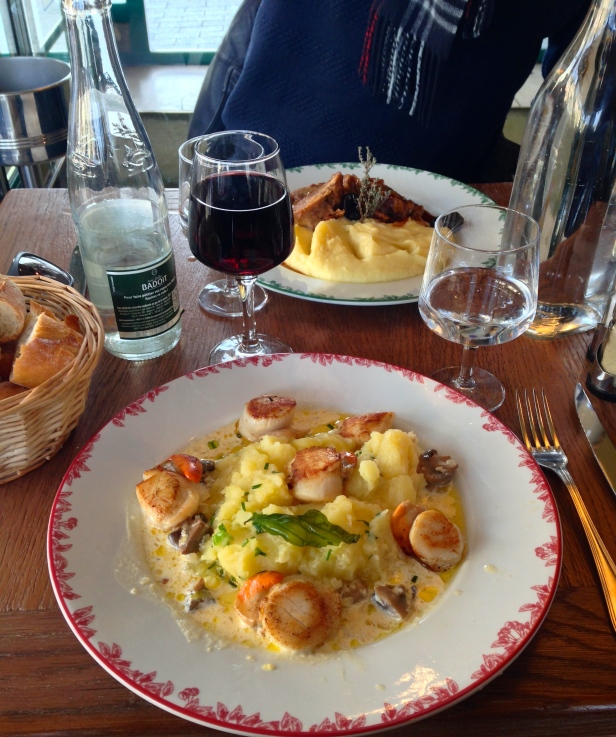 After lunch, we headed next door to Dihn Van. A jewelry designer who studied under Courtier for 10 years before launching his own company. His designs are well-known throughout Paris, kinda adding to the, um, er, what I like to call, “stock your wrist syndrome.” Adding as many accessories to ones wrist so that it bears the keepsakes of your memories. Any ways, with the monument to the left of us, showing its ornate architectural design and scribe for unity, it seemed fitting that we buy a DH bracelet to symbolize our day. So, with the hand cuff bracelet I’m wearing, decry of  bondage or controlling restraint, is Jus a close reminder meant to symbolize devotion and unison in a world of opposition. Honor to arc de Triomphe!

Cushy seats in the Nespresso Lounge.

Take it from me, stop by Nespresso and sit for bit. Relax, unwind with the soft swanky sounds of lounge music and then perk yourself back up with these Cafe coffee shakes with red velvet powder and cocoa shavings! Yummy! Delicious!